For over thirty years, beginning in the 1960s Browning compound bows were considered as one of the best due to their quality and often unmatched parameters. The company is behind many innovative technical solutions in this field and holds several patents. In 2001 Browning begun its cooperation with PSE. The latter took over the manufacturing of Browning compound under the licence. For over ten years the joint forces of these two companies developed and manufactured several excellent bows. In December 2010 PSE ceased manufacturing and selling Browning compound bows. However, it still provides service for the products they created that bear the mark of Browning.

Both the manufacturing and research of Browning products was always based in the US, initially in Browning’s own facilities in Morgan, Utah and subsequently in PSE base is Arizona. Browning best compounds include such legendary bows as: Rage, Myst, Barracuda, Verado, Mirage and Illusion. The reliability and great performance of this rigs have won them numerous devoted fans. Some of the most important features of Browning compound bows include: 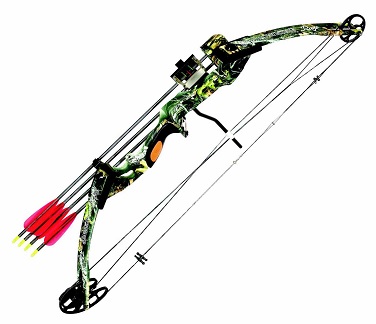 Browning Range joins high quality design and performance with excellent value for money. The bow offers a generous 303 fps and 50 to 70 lbs draw weight. The draw length is adjustable in the range between 25 to 30 inches. The let off is also adjustable in the range between 65-80%. The bow scores high in customer reviews being praised mostly for the ease of use and set up. Bow hunters would be particularly happy with the low level of vibrations and noise Browning Rage produces. Many users complement this design also for mechanism thanks to which the quiver is very easily detachable, yet once mounted stays firmly in place. 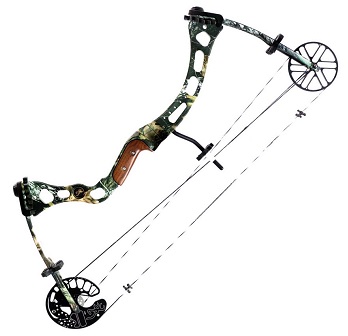 Browning Mirage is a compound bow for those who need a fast and compact solutions. With IBO speeds of 315 fps and A2A length below 30 inches this rig is a perfect solutions for many bow hunters. The mobility provided by the compact design will undoubtedly appreciated in dense woods. Browning Mirage comes in with adjustable let off and draw length. Hyperlite pockets provides both accuracy and noise levels close to none. This compound comes in Mossy Oak Break-Up camo finish that is of a very high quality and durability. 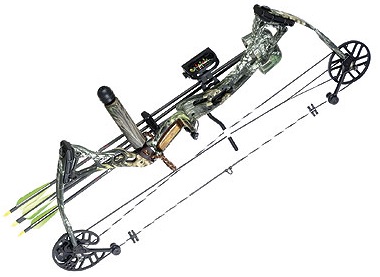 Browning Illusion is a high quality design with parallel positioned quad limbs featuring Browning’s famous Hyperlite pockets and Trance cam. In contrast to the above model Illusion is a rather long bow with A2A length of 33.5 inches. The low brace height of 6.5″ helps generating IBO speeds up to 326 fps. Both the draw length and let off can be easily adjusted without a need for a bow press in the range of 25″ to 30″ and 65% to 80% respectively. This compound bow comes with a Vibracheck kit preinstalled to keep vibrations and noise to minimum. 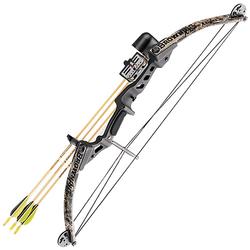 Browning Micro Midas is a series of compound bows developed with youth archer in mind. Micro Midas was redesigned and subsequently re-released in Micro Midas 2, 3 and eventually 4. Each version brought some innovations. This is a perfect choice for a first bow for both young users as well as female archers looking for narrow hand grip and low draw weight. Micro Midas comes in with either 40 lbs or 30 lbs draw weight versions and each of them can be down regulated by 10 lbs. Despite relatively low draw weight Micro Midas can produce surprising IBO speed of 379 fps. 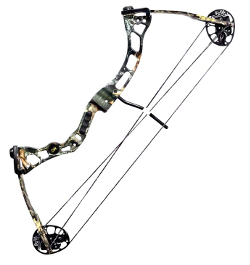 This 31-inch axle-to-axle compound comes in a great looking Mossy Oak Break-Up camo and features Browning’s renowned Hypermax 10 cams. It’s forgiving brace height of 7-1/8” makes it suitable even for novice archers. Younger adepts as well as their parent’s wallets will benefit from the huge range of adjustability in both draw weight and draw length that this bow offers. This means that it definitely won’t be outgrown in one season. Youth archers find this bow comfortable due to its small throat grip and low weight of only 3.4 lbs.

Despite being suitable for novice and youth archers Micro Adrenaline is not a toy bow by now means. It can produce IBO speeds of 269 fps and is meticulously designed and produced with quality and performance in mind. It features strong riser made from machined Aluminum and Hyperlite Unibody limb pockets which enable accurate and consistent shots. 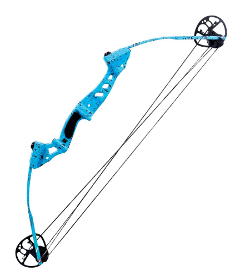 Barracuda is a compound bow that was specifically designed for bowfishing. It’s short, powerful and can be used as quickly as a recurve bow. From the first glance over the camo of this bow its purpose is quite obvious. The AquaFlage camouflage blends perfectly with water surface.

At 2.6 pounds it’s easy to hold and aim even for prolonged periods of time. It also features special adaptations that make it particularly useful for bowfishing. Most important being the Hypermax cams that can be adjusted in a way that there is no let off. This means that the bow can be fired at any stage of the draw cycle – even if it’s just half way drawn. In practice it means that once you see a fish close to the boat you can shoot an arrow in a split-second with a short pull and quick release.